Wear Sunscreen or the Sunscreen Speech are the common names of an essay actually called “Advice, like youth, probably just wasted on the young” written by Mary Schmich and published in the Chicago Tribune as a column in 1997.

The most popular and well-known form of the essay is the successful music single released in 1999, credited to Baz Luhrmann.

Mary Schmich’s “Advice, like youth, probably just wasted on the young” was published in the Chicago Tribune as a column on June 1, 1997. In her introduction to the column, she described it as the commencement address she would give if she were asked to give one.

The column soon became the subject of an urban legend, in which it was alleged to be an MIT commencement speech given by author Kurt Vonnegut in that same year (in truth, MIT’s commencement speaker that year was Kofi Annan). Despite a follow-up article by Mary Schmich on August 3, 1997, in which she referred to the “lawless swamp of cyberspace” that had made her and Kurt Vonnegut “one”, by 1999 the falsely attributed story was widespread.

When the column was later turned into a song, Schmich’s “wish” came true when the University of Zagreb’s Faculty of Electrical Engineering and Computing started to play the song Everybody’s Free (To Wear Sunscreen) at every graduation ceremony.The poem-like piece has drawn frequent comparison to the Max Ehrmann poem Desiderata, which was also the subject of an urban legend misattribution.

The essay was used in its entirety by Australian film director Baz Luhrmann on his 1998 album Something for Everybody, as “Everybody’s Free (To Wear Sunscreen).” The song sampled Luhrmann’s remixed version of the song “Everybody’s Free (To Feel Good)” by Rozalla. The song was subsequently released as a single (with the opening words changed to “Ladies and gentlemen of the class of ’99”).

Luhrmann explains that Anton Monsted, Josh Abrahams and he were working on the remix when Monsted received an email with the supposed Vonnegut speech. They decided to use it but were doubtful of getting through to Vonnegut for permission before their deadline, which was only one or two days away. While searching the internet for contact information they came upon the “Sunscreen Controversy” and discovered that Schmich was the actual author. They emailed her and, with her permission, recorded the song the next day.

The song features a spoken-word track set over a mellow backing track. The “Wear Sunscreen” speech is narrated by Australian voice actor Lee Perry. The backing is the choral version of “Everybody’s Free (To Feel Good)”, a 1991 song by Rozalla, used in the film William Shakespeare’s Romeo + Juliet. The chorus, also from “Everybody’s Free”, is sung by Quindon Tarver.

The song was a worldwide hit, reaching number 45 on the Billboard Hot 100 in the United States, and number one in the United Kingdom and Ireland, partly due to a media campaign by Radio 1 DJ Chris Moyles. It was a part of the end credits in John Swanbeck’s film The Big Kahuna, starring Kevin Spacey, Danny DeVito and Peter Facinelli.

The video which uses the 1999 single edit of the song was directed and animated by Bill Barminski. The video aired on all major networks in the United States and was featured on the The Tonight Show, The Today Show and The View as well as VH1 and MTV.

Here is the “Everybody’s Free (To Wear Sunscreen)” Official Video from the album Something for Everybody. 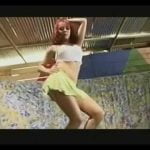 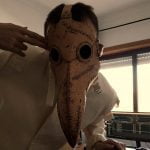