“Numa Numa” is an Internet meme based on a video by American vlogger Gary Brolsma made after the song “Dragostea Din Tei” as performed by Moldovan pop group O-Zone.

Brolsma’s video, entitled “Numa Numa Dance”, was released on December 6, 2004, on the website Newgrounds.com under the username “Gman250” and shows Brolsma lip-synching the hit song with lively gesticulations and dance moves. It was taken down by the Newgrounds team in late 2016, but its copies still may be found on YouTube. The video title is derived from the Romanian words “nu mă nu mă” that occur in the refrain of O-Zone’s song. It was the first Numa Numa-themed video to gain widespread attention.

“Numa Numa Dance” has since spawned many parody videos, including those created for the “New Numa Contest”, sponsored by Brolsma, which promised US $45,000 in prize money for submissions. His original video was named 41st in the 2006 broadcast of 100 Greatest Funny Moments by Channel 4 in the UK. The video was featured on Channel 4’s Virtually Famous, and was ranked #1 in VH1’s “40 Greatest Internet Superstars” in March 2007.

Gary Brolsma was born on January 14, 1986 in New Jersey. He graduated from Bergen County Technical High School in 2004. He became interested in music as a teenager and used to sing with a band called ‘The Nonetheless.’ Currently he is working as a web designer and musician. 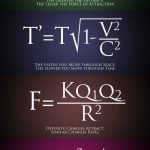 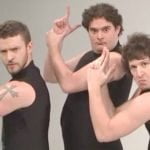