The Botanical Garden shows the diversity of Brazilian and foreign flora. There are around 6,500 species (some endangered) distributed throughout an area of 54 hectares (130 acres) as well as numerous greenhouses. The garden also houses monuments of historical, artistic, and archaeological significance. There is an important research center, which includes the most complete library in the country specializing in botany with over 32,000 volumes.

It was founded in 1808 by King John VI of Portugal. Originally intended for the acclimatization of spices like nutmeg, pepper and cinnamon imported from the West Indies, the garden was opened to the public in 1822, and is now open during daylight hours every day except 25 December and 1 January.

The 140 hectares (350 acres) park lies at the foot of the Corcovado Mountain, far below the right arm of the statue of Christ the Redeemer and contains more than 6,000 different species of tropical and subtropical plants and trees, including 900 varieties of palm trees. A 750 metres (2,460 ft) line of 134 palms forms the Avenue of Royal Palms leading from the entrance into the gardens.

These palms all descended from a single tree, the Palma Mater, long since destroyed by lightning. Only about 40% of the park is cultivated, the remainder being Atlantic Forest rising up the slopes of Corcovado. The park is protected by the Patrimônio Histórico e Artístico Nacional and was designated as a biosphere reserve by UNESCO in 1992. 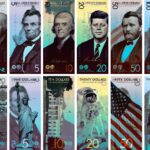 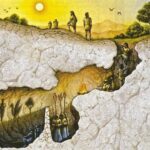