There are billions of galaxies in the observable universe. And each of them contains hundreds of billions of stars. In one of the galaxies, orbiting one of these stars. Lies a little blue planet. And this planet is run by a bunch of monkeys…

Now, these monkeys don’t think of themselves as monkeys. They don’t even think of themselves as animals. In fact, they love to list all the things that they think separate them from the animals. Opposable thumbs, self-awareness… They use words like Homo Erectus and Australopithecus. You say tomato, I say tomatoe. They’re animals alright; They’re monkeys. Monkeys with high-speed digital fiber-optic technology, but monkeys never-the-less.

I mean, they’re clever. You’ve got to give them that. The pyramids, skyscrapers, phantom jets, the Great Wall of China. That’s all pretty impressive, for a bunch of monkeys.

Monkeys whose brains have evolved to such an unmanageable size that it’s pretty much impossible for them to stay happy for any length of time. In fact, they’re the only animals who think they’re supposed to be happy. All the other animals can just BE.

But it’s not that simple for the monkeys.

Some of the monkeys play to a sold-out crowd of other monkeys.

The monkeys make trophies, and then they give them to each other… Like it means something.

The Monkees make music. And then the monkeys dance. DANCE MONKEYS DANCE!

The monkeys make a hell of a lot of noise. The monkeys have so much potential if they would only apply themselves. The monkeys shave the hair off their bodies in blatant denial of their true monkey nature. The monkeys build giant monkey hives, that they call cities.

The monkeys draw a lot of imaginary lines in the dirt. The monkeys are running out of oil. Which is what fuels their precarious civilization. The monkeys are polluting and raping their planet like there’s no tomorrow. The monkeys like to pretend that everything is just fine. Some of the monkeys actually believe that the entire universe was created for their benefit. As you can see these are some messed-up monkeys. These monkeys are at once the ugliest and the most beautiful creatures on the planet. And the monkeys don’t want to be monkeys, they want to be something else. But they’re not. 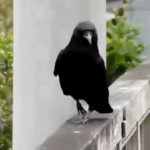 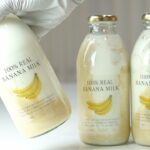