Miriam LaVelle, a home-grown American girl from Chester, Pennsylvania achieved fame as a ‘speciality’ dancer throughout the 1940s. Pretty, with thick, billowing auburn hair, and a lithe, athletic figure, she never failed to garner good reviews from the variety critics. Her acts comprised sequences of beautifully choreographed acrobatic moves executed to music in a way that was totally unique. Essentially a cabaret artiste, she also featured in several films and television shows.

As a young child, Miriam LaVelle lived in Lynne Crum, a small locality on the outskirts of Chester. Her real name was Miriam LaVelle Patterson, and aged three, she was encouraged to practice dance steps to rectify a foot ailment. Through that, she took a keen interest in acrobatics and dancing at her primary school in nearby Ridley Park. Chester Times columnists covering the various school concerts Miriam appeared in 1934 through 1938 quickly picked up on her outstanding ability and waxed highly complimentary in their editorials.

In 1941, aged 15, Miriam was given a minor role in the Broadway play ‘Sunny River’ at the St James theatre. A year later she appeared in ‘Keep ’em laughing’ at the 44th Street theatre. Her big break came later in 1942 when an animated electric sign on Broadway that featured a woman dancing, and which was modelled on Miriam, caught the eye of MGM talent scouts, who tracked her down and signed her.

In 1946, she made a film-short called ‘Love me tonight’, an enchanting dance routine accompanied by Dick Stabile’s orchestra. In 1949, she appeared on the Ed Wynne TV show – which was recorded, a grainy transcript of this episode surviving. And almost certainly, she would have appeared on quite a few TV shows in the late 1940s. References to her in the media started to fizzle out as 1950s approached, the last mention being in mid-1950. Many of the nightclub entertainers would have been feeling a cold draft at that point with the decline in live variety, Miriam no exception. And although there’s no further mention of her, it’s possible that her career persisted for a few more years, but not so prolifically as to catch the columnists’ attention.

Virtually nothing is known of Miriam LaVelle’s private life. 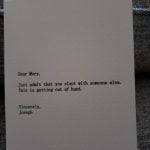 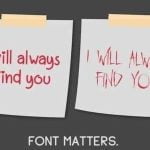