In the 1970s Bharati was working at an Indian bank, living a modest life with his wife and three children. One day he had an epiphany, out of nowhere which made him choose to leave his family, job, and friends in order to follow his religious calling.

Bharati decided to dedicate the rest of his life to Shiva, a god from Hinduism. At first, he still felt the temptation to do things that were not permitted as a monk, that is why he needed to do something more drastic to truly consolidate his religious beliefs.

That is why in 1973 he chose to raise his hand and hold it up for the rest of his life in order to show his faith and appreciation towards Shiva. Amar Bharati soon became quite popular around the world and thousands were inspired by this gesture. When asked why he is holding his hand up he always responded that this gesture is to militate against wars and support world peace as well as being a way to show his respect towards Shiva.

At first, the pain in his hand was terrible, but the pain never outweighed his dedication. After the first two years, he started losing any sort of sense in his hand and with that also the pain started to go away. To imagine the huge effort that Bharati has been making for the past 45 years, try to hold your hand up for a few minutes and you would feel the pain most probably after 2 or 3 minutes. 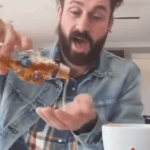 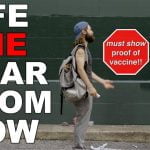